Marshmallows are generally sold in 10-ounce bags, however, they can also come in other sizes. In addition to regular-sized marshmallows, there are also jumbo and mini sizes. These tasty treats are great for snacking and can be used in a variety of different recipes.

How Many Marshmallows Are In A Bag?

Before you get baking, it is good to know how many marshmallows are in a bag. The amount of marshmallows varies by each individual bag and what size the bag is. 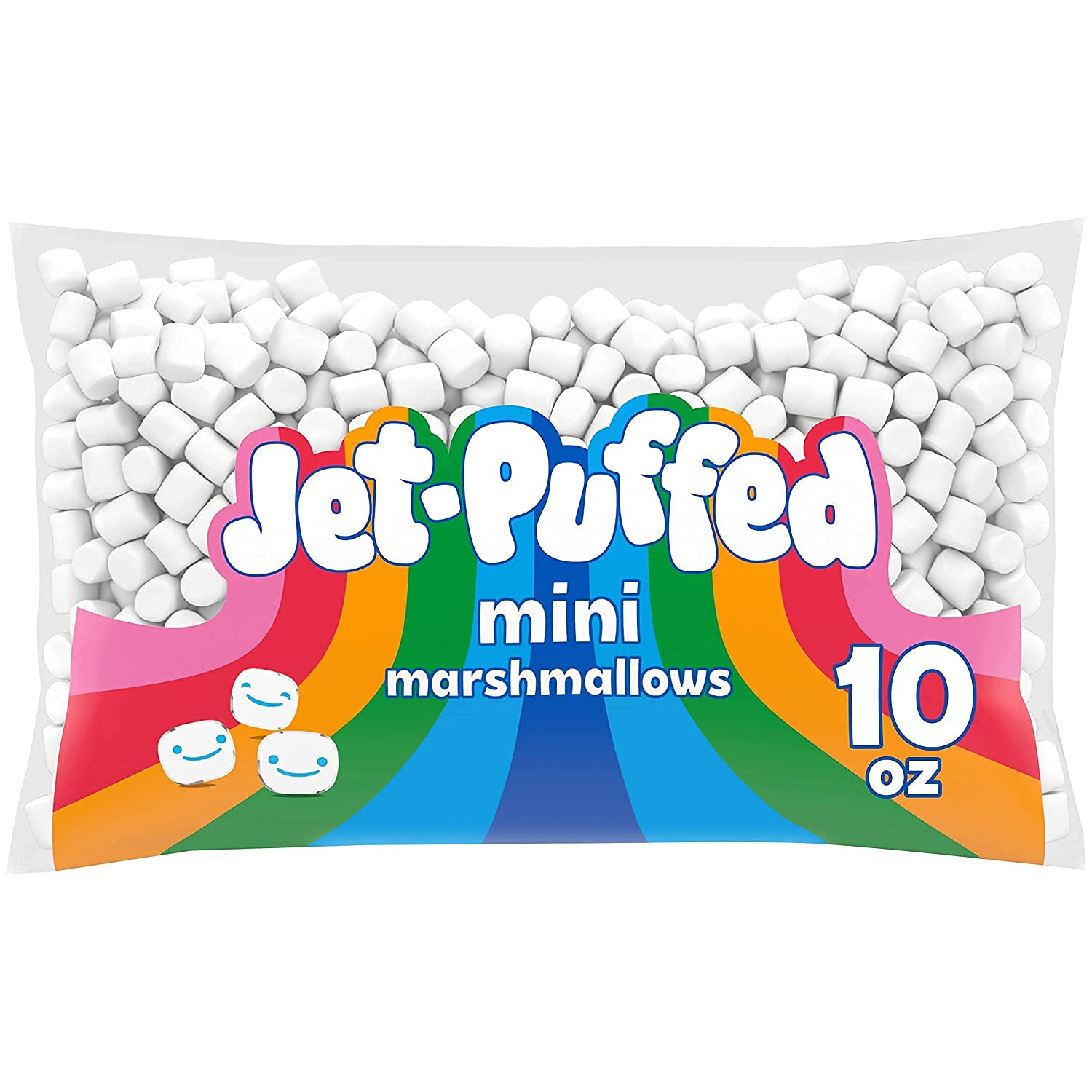 On average, there are 49 marshmallows in a 12-ounce bag. However, the number can range from 45-to 52, depending on the bag.

How Many Mini Marshmallows are In A Bag?

Mini marshmallows are another popular form of marshmallows. They are great for baking and decorating desserts.

How Many Jumbo Marshmallows Are In A Bag?

Jumbo marshmallows have become a new trend in the last few years. They are a great choice for roasting over a fire and making smores.

How many cups of marshmallows are in a bag?

There are many uses for marshmallows, from adding mini marshmallows to your hot chocolate to putting your roasted marshmallow in a s’more. Marshmallows pair great with not only chocolate, but also many other desserts as well.

Generally, marshmallows are made of sugar, corn syrup and gelatin. Most store-bought marshmallows also often contain preservatives to keep them fresh. Vanilla extract may also be added to give the marshmallows more flavor.

Gelatin is a key ingredient in marshmallows, as it gives them a fluffy texture and makes them stretchy and gooey when melted. However, since marshmallows contain gelatin, they are not vegetarian or vegan-friendly.

Gelatin is made from collagen which comes from boiling down bones, ligaments and tendons of animals such as cows and pigs. It is flavorless and colorless and is brittle when dry yet rubbery when wet. It is used as a stabilizer and to provide texture in various foods.

For those who are vegan or vegetarian, there are various marshmallow brands that do not use gelatin to make their marshmallows. In addition, you can also make homemade marshmallows as well.

Instead of gelatin, carrageenan and soy protein can be used in its place to give texture to foods. Carrageenan comes from seaweed and contains polysaccharides that form helices. Though it can work well to form marshmallows, they generally won’t be as firm as they would be with gelatin.

Marshmallows are a great treat to have on hand in your house. They come in mini, regular, and jumbo sizes, giving you a great choice of variety for your baking needs. Marshmallows are great for s’mores, hot chocolate, Rice Krispy treats, fudge, topping on brownies, pies, ice cream, and more.

How Many Marshmallows are in a 250-Gram Bag?

There are about 40 marshmallows in a 250-gram bag. However, the exact amount will vary by the brand and the individual bag your bought.

How Many Cups of Mini Marshmallows are in a 10 oz Package?

How Many Cases of Marshmallows are in a Case?